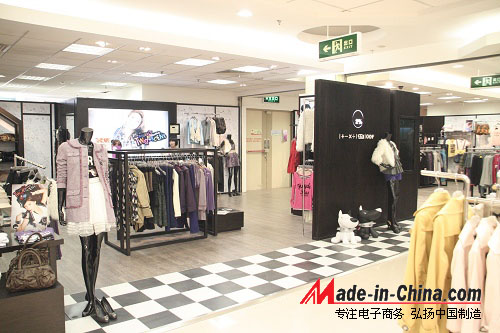 Wang, who is a visiting scholar in the United States, directly stated that domestic prices are â€œtoo pitifulâ€ and that a set of towel sportswear for juicy couture can be purchased for four or five hundred yuan, but is not discounted in Shenzhen's counters, even if it is folded. A set of three or four thousand yuan down. Take a walk around Deki Mall in Nanjing, and clothes with a price below RMB 2,000 can be described as â€œrareâ€. The average people are hard to bear.

Today's large shopping malls, an ordinary shirt looks at least two or three hundred dollars, slightly more grades of men's trousers priced thousands, and five or six hundred women's dress is considered a bargain. Even in the special discount zone, it is hard to see a hundred dollars or less.

The price is still relatively close to the people's OL dress brand G2000, last year, a suit jacket price of 950 yuan, while the style is similar, the same fabric coat is to 1150 yuan, up 200 yuan. The rise in apparel prices is already a surge of turbulent waves, even sports brands can not resist. The Li-Ning brand also announced that the price of shoes will increase by 7.8% in the fourth quarter, clothing will rise by 17.9%, and Baleno will quietly raise prices after the late summer promotions.

In the past, people with high spending power, Lu Ke shouted, â€œThe mall was afraid to enter,â€ she told reporters. This year's budget to buy a Maxmara alpaca coat, in her impression, the price is basically maintained at about 15,000 yuan, and in After inquiring after the price of this year, he was surprised. â€œThe price of the second-line brand of Maxmara is not nearly 20,000 yuan for this alpaca coat. As for the main card price, donâ€™t ask it.â€

In this case, many beauty-conscious women chose overseas purchasing. Some consumers said that a kookai trench coat is priced at more than 3,000 yuan in the counter, and the purchase of 1,000 yuan can be purchased. â€

Is our taste higher and higher? Or is there a false price behind this price tag? Why is the price of clothing in China's shopping mall so expensive?

According to a survey by the reporter of the Global Textile Network, the price of a piece of clothing, the cost of raw materials accounts for up to 5% to 20% of the cost of raw materials, and the clothing can really be earned in the wholesale circulation. If they enter the mall, the high price of the OEM will increase 6 times. So the price that the consumer sees in the shopping mall is often several times the price.

On the one hand, profits from circulation are on the other. On the other hand, this year's labor and logistics costs have risen. Do consumers can not help but sigh: the price of clothing in the mall is too â€œdeepâ€.