First, with appropriate pressure, this pressure through the surface of the body to play a role in subcutaneous tissue, can make the cell friction.

This in vivo movement promotes cell activation, allowing it to undergo two biotransformations in vivo: one to make the fat into protein, which is absorbed by the body; the other to make the fat into heat that is mobilized by the body Consumed. At the same time this pressure will be appropriate oppression of the muscles; and resistance to stress in turn make the body parts of the muscles become more robust, will play a supporting role in the thoracic glands and connective tissue; in the waist, make subcutaneous fat Due to tendon tension and tightening, and the waist tendon in the process from relaxation to strong heat, fat consumption, so that women can fully show the curve of the waist; in the buttocks, will make the gluteus maximus and hold the subcutaneous fat, To sculpture a beautiful buttocks.

Second, due to the role of pressure, promoting the circulation of surface capillaries, and the blood of the enzyme is stimulated by the underwear from being activated, and resulting in a series of biochemical reactions, blood lipids and cholesterol can be decomposed into excretable substances in vitro. 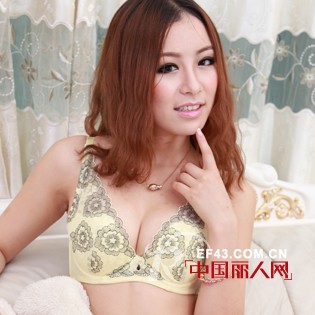 Reduced blood lipids can reduce the heart load and reduce the risk of heart disease; the same time, this pressure will make the body surface temperature rise, and thus cause pan-condition reflex, to help sweat and skin moisture evaporation, enhance skin cells Activity, the skin's tension and elasticity to strengthen, so as to prevent and improve skin slackening condition.

Third, the correction bra breast duct and nipple with a gentle massage, will stimulate the secretion of female sex hormones, to stimulate and maintain the second feature of women, regulate the normalization of the cycle is very useful.

Fourth, the modified bra, beam pants and waist on the plastic wrap can effectively increase abdominal pressure on the visceral organs have obvious support and retention, which can effectively prevent the stomach and duodenal sagging and other diseases.

Fifth, with the function of emitting far-infrared, with which to promote the activation of human water molecules, accelerate cell metabolism; and use of its warming effect, to promote local blood vessels, accelerate blood circulation, enhance immune function, while also both warm Efficacy.

Sixth, scientific choice of materials, such as the latest high-tech fabrics COOLMAX, this material consists of four tubular fibers, each fiber 64 ultra-fine lines, so the sense of body is very delicate; and because of its unique processing methods to make it both With a sweat-absorbent breathable, non-sticky sticky skin and other features, you can always keep fresh and clean.

Romantic season special tips : Now the washing machine technology has been very developed. Washing machines can be used to wash those delicate clothes, and even have a special program of sweaters and silk. Experts say: "You do not need to spin the flow of water, but rather soak your clothes in a small amount of water." So lazy crunching people wash their bras, socks and other small pieces of clothing and knitwear, you can use a washable Mesh bag them up, so as not to be pulled bad, especially when using the Washing Machine, be careful to protect the delicate clothes.

Add power is to make a normal-sized engine more efficient. You can accomplish this by forcing more air into the combustion chamber. More air means more fuel can be added, and more fuel means a bigger explosion and greater horsepower. Adding a Supercharger is a great way to achieve forced air induction.
A supercharger is any device that pressurizes the air intake to above atmospheric pressure. Both superchargers and turbochargers do this. In fact, the term "Turbocharger" is a shortened version of "turbo-supercharger," its official name.
The difference between the two dÂ­evices is their source of energy. Turbochargers are powered by the mass-flow of exhaust gases driving a turbine. Superchargers are powered mechanically by belt- or chain-drive from the engine's crankshaft.